Google Compare no longer, they’re betting on a different Future. 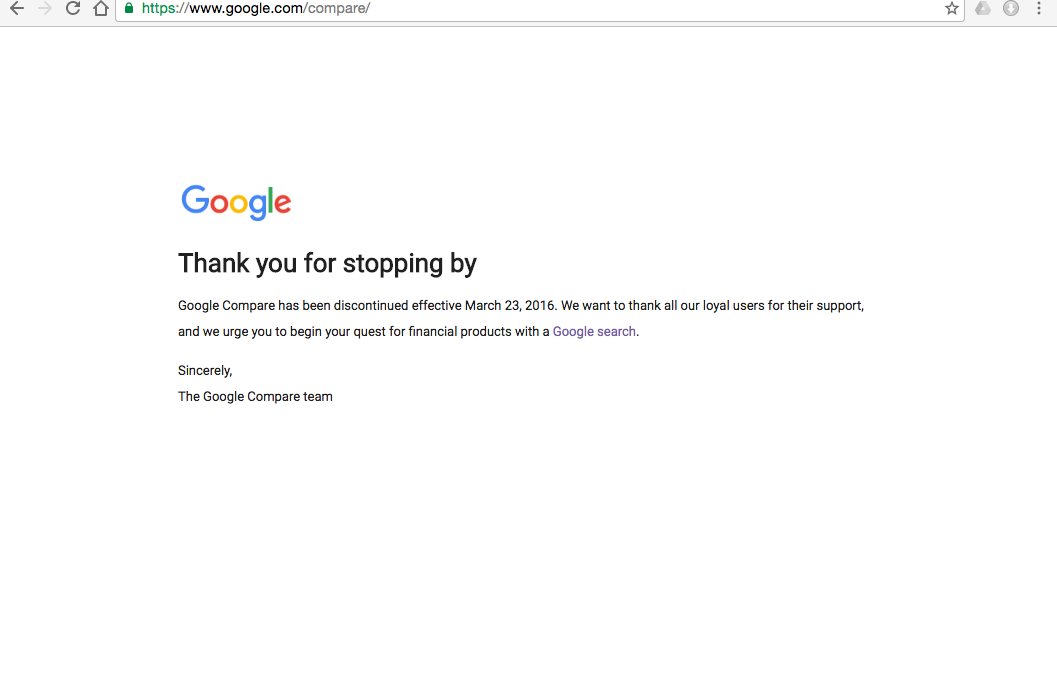 What does Google know that we don’t know?

Google Compare recently shut down; lots of reasons floating around as to why. Anyone who says Google couldn’t figure out car insurance – we’d have to politely disagree with them, there’s certainly no lack of smart people working at Google right now.

For those that suggest Google shut down their Compare site because they were cannibalizing the 100s of millions they earn selling search advertising to insurance companies while they create a network of self driving cars to make car insurance redundant … well, we think you’re onto something.

We can argue about when autonomous vehicles and transport-as-a-service will become mainstream but the one thing we can’t argue is that it’s inevitable and the impact to car insurance is going to be dramatic.

KPMG, in a June 2015 report: Automobile insurance in the era of autonomous vehicles, states,

“our belief is that the disruption to insurance carriers will be profound – with a select set of winners and a broader swath of potential losers.”

The report mentions insurance carriers, however, one can imagine the profound impact to Brokers as well. And for the naysayers “oh this won’t happen until really far into the future”, here’s what KPMG says:

“The core ingredients are aligning to enable mass change starting in a decade.“

Mass change by 2025? Given how many of these features are already going into cars today we will see the first few waves of this change within the next 3-5.

So if you were responsible for Google’s long term strategy and were working on an autonomous car already, at some point you would realize that this technology will leap frog the demand for auto insurance altogether, or severely change it. When you’re a company that bets on building the future in leaps why bother destroying an extremely profitable advertising business with another short-term strategy?